+Our Vision
XCyton's vision is to become the global leader in Diagnostic Product development and to put India on the world map of Medical diagnostics.
+Our Mission
+Our Commitment
XCyton creates leaders; not managers.

Core Values:
The core values that are practised in XCyton are:
+Accolades & Awards

Molecular Diagnostic Services
Syndrome Evaluation System (SES)- A patented technology that comprises of rapid multiplex amplification and accurate identification of the virulence associated genes of the causative agents or organisms. This amazingly fast and accurate platform transcends all conventional diagnostic tests and helpful when organisms are difficult to cultivate or difficult to find. The accurate and rapid identification of the causative agents (7 hours of process time) empowers the clinician to initiate targeted therapy and thus save lives and significantly reduce disabilities such as blindness, paralysis, compromised mental faculties.

The technologies currently available for diagnosis of infections are grossly inadequate to detect early during the illness and institute specific therapy in critical illnesses resulting in loss of function or even loss of life.

The XCyton Advantage
The technology

The amplification of the gene allows for higher sensitivity of the test and the re-naturation of the amplified signature gene to its chemically identified complementary gene sequence on the SES allows for higher specificity of the test. And the simultaneous detection of multiple pathogens allows for early diagnosis of the infection and initiation of therapy. XCyton offers SES as Molecular Diagnostic Services for various critical illnesses in three verticals - Eye Infections, Brain Infections and Sepsis or Blood stream infections. 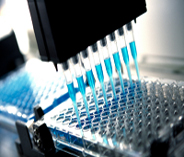 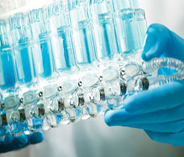 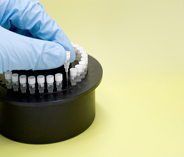